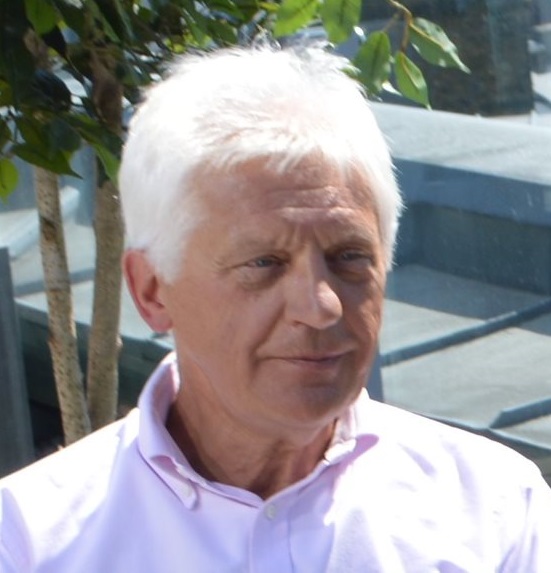 Dr Noel Nelson, Vice President of the IES, and Dr Claire Holman, IAQM,  reflect on the life of Professor Martin Williams and his contributions to the field of air quality:

The IAQM and IES was shocked and saddened to hear of the death of Professor Martin Williams and we send our condolences to his family, friends and colleagues. Shortly before his death, he had accepted the IAQM’s invitation to be the inaugural Honorary Fellow and was scheduled to speak at the IAQM AGM in November.

Martin had a long and distinguished career in air quality working for government, international bodies and universities. His leading work on air pollution science and policy started in the late 1970s when he joined the Warren Springs Laboratory in Stevenage. Martin went on to lead a team of 50 scientists there as Head of the Air Pollution Division with a remit focused on air quality research. When it was announced that the laboratory site was to be sold and staff relocated to Harwell in Oxfordshire he opted to join the Department of the Environment (now Defra) as the head of the Air Quality Science Unit  where he was instrumental in utilising air quality science to develop policy. He later became head of Defra’s Air Pollution Programme.

He was a founder member of several government expert and advisory groups (including the Committee on the Medical Effects of Air Pollution, the Expert Panel on Air Quality Standards, the Quality of Urban Air Review Group, to mention just a few). His reputation reached far and wide, working with WHO on the published air quality guidelines and their current review of the guidelines; the UN Convention on Long Range Transboundary Air Pollution, the USEP,  and the Health Effect Institute and many European Commission forums. Among his many achievements, he was instrumental in incorporating the Exposure Reduction approach into the revised EU Air Quality Directive. In 2007 Martin gave the Burntwood Lecture and was awarded the IES’s John Rose Prize.

In more recent years Martin had left Defra to join King’s College London where he was head of the Science Policy and Epidemiology Group in the Environmental Research Group. While there he was a co-author of one of the first studies to measure real world emissions of diesel vehicles, providing evidence which led to the ‘Dieselgate’ revelations. More recent studies investigated the air quality and health impacts of achieving the UK Climate Change Act target for 2050 and the feasibility of the UK achieving the current WHO guideline for PM2.5.

Last year, along with Professor Stephen Holgate and Dr Jenny Baverstock, Martin was designated a ‘Clean Air Champion’ as part of the Strategic Priority Fund Clean Air Programme of work – a UK Research and Innovation and Met Office initiative to improve air quality and reduce its health impacts. Martin had been instrumental in starting to bring together the UK’s air quality research base to achieve the aim of the Clean Air Programme, and was at the time of his death, organizing a workshop to bring the relevant stakeholders within the air quality and health sectors together to examine strategies for improvement.

On a personal note, I had the pleasure of getting to know Martin while he was Head of the Air Quality Policy Unit at Defra. I was on secondment from the Met Office and found Martin to be both knowledgeable in atmospheric science (being able to produce quite impressive ‘back of the envelope’ type calculations for estimated dispersion) and perfectly capable of holding his own during quite involved discussions on policy. Martin commanded respect in both fields.

Outside work Martin was very effective at developing strong social cohesion among his staff, organising many social opportunities for everyone to get to know one another, during which time he would regale us with stories of past international policy negotiations, which were both informative and amusing. Martin always made time for newcomers such as myself, allowing me to state rather naïve policy views with which he was always very kind in putting me straight. I felt very fortunate to be working with Martin in his role as a Clean Air Champion and have learnt much from him generally over the years. I will miss Martin’s influence in the air quality sector – he was also my ‘backstop’ with whom I double-checked new ideas. The air quality community will also miss his insights, his attention to detail and his shear vitality for this very important societal problem.

Every once in a while our paths would cross. First in 1977 as a PhD student when I visited him in Stevenage to discuss his work on ozone pollution, the subject of my PhD. At that time monitoring data collected on behalf of the government was an official secret and he had to obtain permission before publishing. Today the UK has one of the most open and transparent monitoring systems in the world due to him. I last meet him in person at the October 2019 Routes to Clean Air Conference where he gave a simulating presentation on his thoughts on future air quality issues. In it he returned to the question of ozone and its effects on public health A full circle.

His death is a great loss to the air quality community. He will be sadly missed.