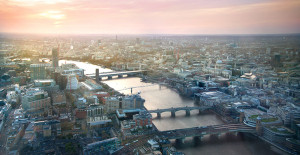 As the referendum on the UK’s membership of the European Union draws closer, we decided to investigate the views of IAQM members on this issue. Dr Claire Holman, Chair of the IAQM, explores the results of this survey, and the implications of this vote for air quality in the UK.

It is conventional thinking that being a member of the EU is good for the environment, at least amongst environmentalists. But is it? Does the past provide a good indication of future performance? Will a growing union mean that the environmental concerns of the northern member states will be so diluted by the economic development imperatives of the new members that there will be little progress? The European Union declared 2013 the ‘European Year of Air’ with clean air the focus of environmental policy discussions throughout the year. Despite the grand sounding title the year delivered little. The promised review of the Air Quality Directive (AQD) never materialised. The Commission worked with the World Health Organization to assess the most recent research on the health effects. It found evidence of damage at concentrations at or below the EU annual limit value for nitrogen dioxide. Yet the AQD was not revised. The word on the street was that the Commission was too worried that eastern European states would dilute rather than strengthen it, so left the AQD as it was. I just wonder if this is evidence of the beginning of a change in the importance of environmental policy in the EU. A recent survey of Institute of Air Quality Management (IAQM) members found nearly 90% believe that EU membership has been good for managing ambient air quality over the past 15 years. ClientEarth’s legal action on non-compliance with the AQD was mentioned by many respondents as illustrating why it is important to stay in. This forced the UK to revise its Air Quality Plan at the end of last year. The outcome of ClientEarth’s next court case challenging this plan as inadequate will no doubt be interesting. Over 80% of members also believe that membership of the EU has been beneficial for reducing industrial emissions and capping national emissions. Possibly more surprising, given the Volkswagen scandal and the lack of reduction in emissions of nitrogen oxides from diesel vehicles over a period of about 20 years, is that approximately three quarters believe EU membership has helped reduce vehicle emissions. There have been a series of increasingly more stringent vehicle emission limits, but these are only recently beginning to bite for diesel vehicles. The fitting of diesel particle filters to diesel vehicles has been shown to be effective at reducing exhaust particulate matter, and the use of selective catalytic reduction is reducing nitrogen oxides, albeit the on-road emissions from cars remain several times the laboratory based emission limit. When asked whether there will be the same benefits in the future, over three quarters believe remaining in the EU will bring similar or greater benefits for reducing vehicle emissions than those over the past 15 years. In terms of ambient air quality and industrial emissions the figures were 65% and 63% respectively. Members thought the most important issues for the EU to address in the future are vehicle emissions (51%) and ambient air quality (37%). The Volkswagen scandal has demonstrated the shortcomings in the whole vehicle type approval system, which goes beyond the emissions issue. There is pressure within the European institutions, particularly the Parliament, to address this. It needs to be tightened to ensure that if any manufacturer uses a defeat device in the future there is routine and independent in-use surveillance that will identify the issue as soon as possible, and a straightforward procedure to remove the offending vehicles from the road, with appropriate compensation paid by the manufacturer to vehicle owners. Even if the UK withdraws from the EU it is unlikely that there would be a separate certification procedure for new vehicles. The motor manufacturers are unlikely to provide a wide selection of vehicle models to a country with different standards. By remaining in the EU we have more influence on vehicle emissions than we would from the outside as well as more consumer choice. There is optimism that the introduction of the real driving emissions test for light duty vehicles over the next few years will make a real difference to nitrogen oxides emissions, which should be reflected in reduced roadside nitrogen dioxide concentrations. This does not mean that the EU ambient limit values will be achieved soon, as the impacts will only just start to be seen in 2020. It will take a few more years for the whole fleet to get significantly cleaner, and the real benefits to start to be seen. It is difficult to believe that the limit values were originally to be achieved by 2010. Predicting the future is always challenging but, on balance, I believe that it is likely that air quality will improve quicker with the UK in the EU than outside. The recent Air Quality Plan shows the current Government prefers to ‘wait and see’ – not a proactive approach to poor air quality. There is no evidence that this will change if we leave.