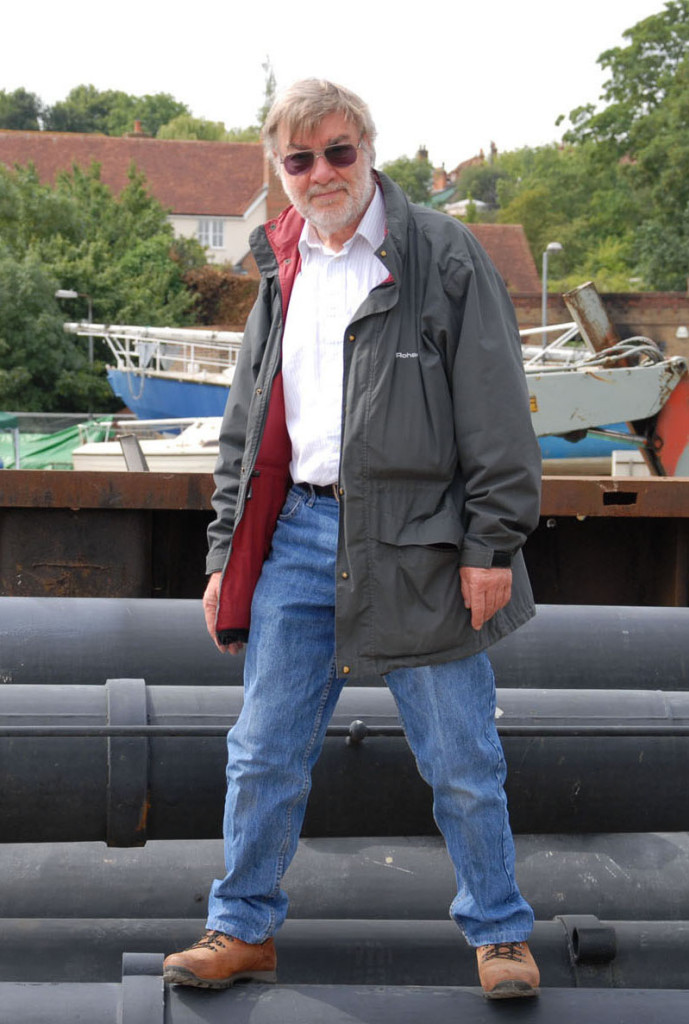 It is my sad duty to report the death last Sunday, 22 February of one of our most distinguished members, David Hall. He had been ill for 15 months with cancer. David began his career in engineering and fluid dynamics, gaining a PhD in aerodynamics at Liverpool University in 1968. His early working years were spent running the trans-sonic wind tunnels on the NPL site at Teddington working on the UK High-Lift programme on super-critical wing design. This work helped to lay the foundations of the successful aircraft wing building industry in the UK which is still on-going today as part of Airbus. In 1972 he took his skills and knowledge to Warren Spring Laboratory, where he worked until its closure in 1994. This was where he began to make his mark on the world of air pollution, by applying his understanding of atmospheric turbulence to the dispersion of pollutants. A very practical example of this was his contribution to the Chimney Heights Memorandum and HMIP’s Guidance Note D1 on Discharge Heights. Another was his use of the wind tunnel to examine the collection efficiency of an inverted ‘frisbee’ to collect dust.This method has, of course, since become the accepted method of measuring dust deposition rates. After Warren Spring Laboratory, David continued his work with wind tunnels at the Building Research Establishment, developing further our understanding of the way air pollution disperses within, and interacts with, the built environment and how air pollutants infiltrate the indoor environment. In 1999, David established his own consultancy with Angela Spanton, Envirobods, where he continued his research and consultancy for a variety of clients until quite recently. I personally had the good fortune to work with David on several projects for the Environment Agency, where his knowledge of dispersion modelling and deposition processes was an important ingredient and his insights proved to be invaluable. Moreover, he was also a very humorous man and always be relied upon to provide an amusing anecdote or two to lighten the mood at meetings. He was also a strong supporter of our DMUG meetings and contributed several presentations over the years. We will miss his inquisitive nature and ability to pose a question that no-one else would think of. He leaves behind a legacy of over 250 papers and reports which he wrote or co-authored. Our sympathies are with his wife, family and also Angela Spanton, who worked closely with David over many years. Roger Barowcliffe
Vivien Hall, David’s widow would like to thank IAQM members for all the cards and messages they have sent; “Thank you to all David’s friends and colleagues for your kind words at this sad time.“