It has now been eight years since the production of the IAQM guidance on the assessment of odours for planning (pdf). The guidance has been widely used and accepted by planning authorities.

Michael Bull, the chair of the working group that produced the guidance, will discuss his experience of its use, talk about the basis of some of the advice given, and consider where experience suggests improvements could be made. 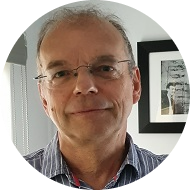 Dr Michael Bull is an air quality consultant with over 35 years’ of experience. He has been involved with the IAQM, since its inception sitting on the IAQM Committee until 2018 and held several posts including Membership Secretary and Vice Chair. He has been involved with several IAQM publications, in particular, he was the chair of the working group that produced the Guidance on the Assessment of Odours for Planning in 2014 and its update in 2018. He has published and spoken frequently on air quality and odour matters and was a contributing author to the Routledge Book – Designing with Smells in 2018. After working in, and leading a large environmental consultancy for more than 24 years, Michael formed his own company – the imaginatively named Michael Bull and Associates Ltd – at the beginning of 2021. This company provides expert advice in air quality and odour matters.