Join us for the first IAQM Early Career Network (ECN) event of 2022!

When the Hunga Tonga–Hunga Ha’apai volcano erupted on Jan 15, 2022, it triggered a shock wave that could be seen from space. A plume of gas and ash reached 30km into the sky. NASA estimated that the eruption was hundreds of times more powerful than the atomic bomb attack on Hiroshima in 1945. Some scientists believe that Tonga’s volcanic eruption may harm the environment for years…

For our first event we will be joined by two expert speakers who will be exploring the topic of long-range transboundary meteorology using two recent volcanic eruptions as case studies. The speakers will be discussing the recent eruption in Tonga and the 2010 eruption in Iceland and the impacts these had on air pollution around the world.

You will also hear from the ECN subcommittee on planned activities for the year as well as the wider work of the IAQM, highlighting ways you can get involved.

Register your place now to learn about this topical issue, connect with fellow early career air quality professionals, and stay up to date on the work of the IAQM. 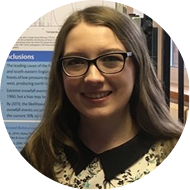 Presentation description: Knowing where pollutants have been and will go throughout the atmosphere helps to inform airline pilots on when and where to avoid contaminated airspace. While aircraft do not fly at such heights, volcanic plumes that reach 30 km and higher can still have an impact on the aviation industry. Using the Met Office’s Numerical Atmospheric-dispersion Modelling Environment (NAME), we have investigated how the use of accurate meteorological data affects the dispersion of high-altitude volcanic ash and sulphur dioxide. With the recent Tonga eruption, we can now compare against the long-range transport of pollutants from a real case study.

Speaker bio: Nicola Stebbing is an early career scientist who has worked at the Met Office since graduating from the University of Reading in 2019 with a Master’s in Meteorology and Climate. Her research since joining the Atmospheric Dispersion and Air Quality team has spanned from the global impact of volcanic eruptions to local scale air quality events arising from industrial fires and chemical leaks. Recent work includes improving the vertical coverage of operational volcanic ash forecasts and leading a study on model comparison with observed short-range dispersal events. 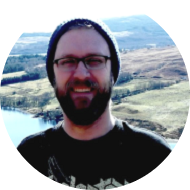 Presentation description: In 2010 the Icelandic volcano Eyjafjallajökul erupted, sending a plume of volcanic ash over 9km into the sky. The ice-capped volcano started to erupt in mid-March, following several months of increased seismic activity in Iceland. The main problems started to arise in April when the eruptions spread to the centre of the volcano, a 3km wide crater surrounded by ice. As the ice started to melt, glacial water began flooding into the volcano where it met the bubbling magma at the centre of the eruptions. Large plumes of volcanic ash quickly spread above the volcano, moving eastwards with the jetstream towards the Faroe Islands, Norway, and northern Scotland. Iceland responded by declaring a state of emergency and large areas of airspace were closed as a safety precaution, causing significant disruption across Europe.

The ground level ambient air quality measurement network, coupled with regional scale air pollution modelling was used by AEA (now called Ricardo) on behalf of the UK Government to track and forecast the potential effects of the volcanic emissions on human health in the UK. Scott will tell the story of the event from this context, having worked in the air quality forecasting team who were tasked with interpreting the impacts on UK air quality as they happened. The talk will look at some of the other factors that influenced how much (or how little) the UK was affected, describe the general impacts we might expect from such an eruption, and outline other relevant cases from the rest of the world.

Speaker bio: Dr Scott Hamilton is a Chartered Scientist with 20 years of international experience in the field of air pollution dynamics. He is an Associate Director in Ricardo’s Evidence and Policy business unit, mainly working on behalf of international governments on air quality improvement projects. His current interests include meteorological and chemical transport modelling, programming, and hybridisation of machine learning and standard air quality models.

We use cookies on our website to give you the most relevant experience by remembering your preferences and repeat visits. By clicking “Accept All”, you consent to the use of ALL the cookies. However, you may visit "Cookie Settings" to provide a controlled consent.
Cookie SettingsAccept All
Manage consent

This website uses cookies to improve your experience while you navigate through the website. Out of these, the cookies that are categorized as necessary are stored on your browser as they are essential for the working of basic functionalities of the website. We also use third-party cookies that help us analyze and understand how you use this website. These cookies will be stored in your browser only with your consent. You also have the option to opt-out of these cookies. But opting out of some of these cookies may affect your browsing experience.
Necessary Always Enabled
Necessary cookies are absolutely essential for the website to function properly. These cookies ensure basic functionalities and security features of the website, anonymously.
Functional
Functional cookies help to perform certain functionalities like sharing the content of the website on social media platforms, collect feedbacks, and other third-party features.
Performance
Performance cookies are used to understand and analyze the key performance indexes of the website which helps in delivering a better user experience for the visitors.
Analytics
Analytical cookies are used to understand how visitors interact with the website. These cookies help provide information on metrics the number of visitors, bounce rate, traffic source, etc.
Advertisement
Advertisement cookies are used to provide visitors with relevant ads and marketing campaigns. These cookies track visitors across websites and collect information to provide customized ads.
Others
Other uncategorized cookies are those that are being analyzed and have not been classified into a category as yet.
SAVE & ACCEPT